Trigon Solitaire consists of four different piles of cards, which are:

The Tableau: These are the seven piles that make up the main table. 28 cards are distributed among the piles, with the first pile having one card, the second having two, the third having three, and the seventh having seven. The top card of each pile is placed face-up.

The Foundations: These are the four empty piles above the tableau piles. They start the game off empty.

The Stock: The remaining cards of the deck are placed face-down in the Stock.

The Waste: This pile starts the game empty. Every time you click the Stock, one card will be dealt with from the Stock to the Waste. It is used to hold the cards of the stock. 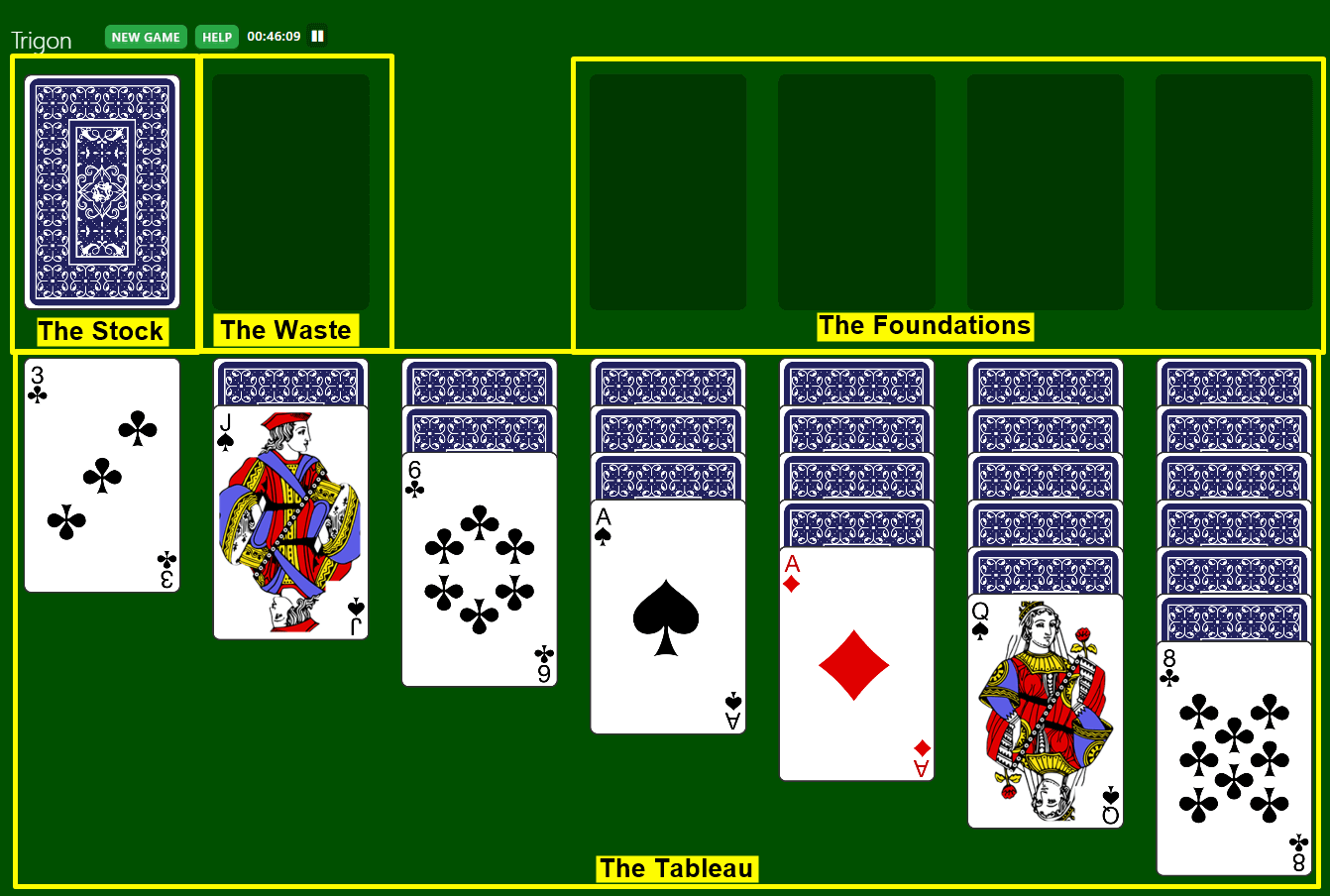 The objective of Trigon Solitaire is to build four foundation piles, one of each suit, starting from Aces up to the Kings.

The Trigon Solitaire game is played using a single standard deck of cards only. Out of these, 28 cards are placed onto the Tableau while the remaining are placed face-down onto the stock.

The Waste and the Foundations start off the game empty.

Only one card be moved around the tableau. The top card of any tableau pile can be moved onto another tableau pile if it is one rank lower and of the same suit as the card it is being placed upon. For example, you can place a 6 of Hearts onto a 7 of Hearts only. 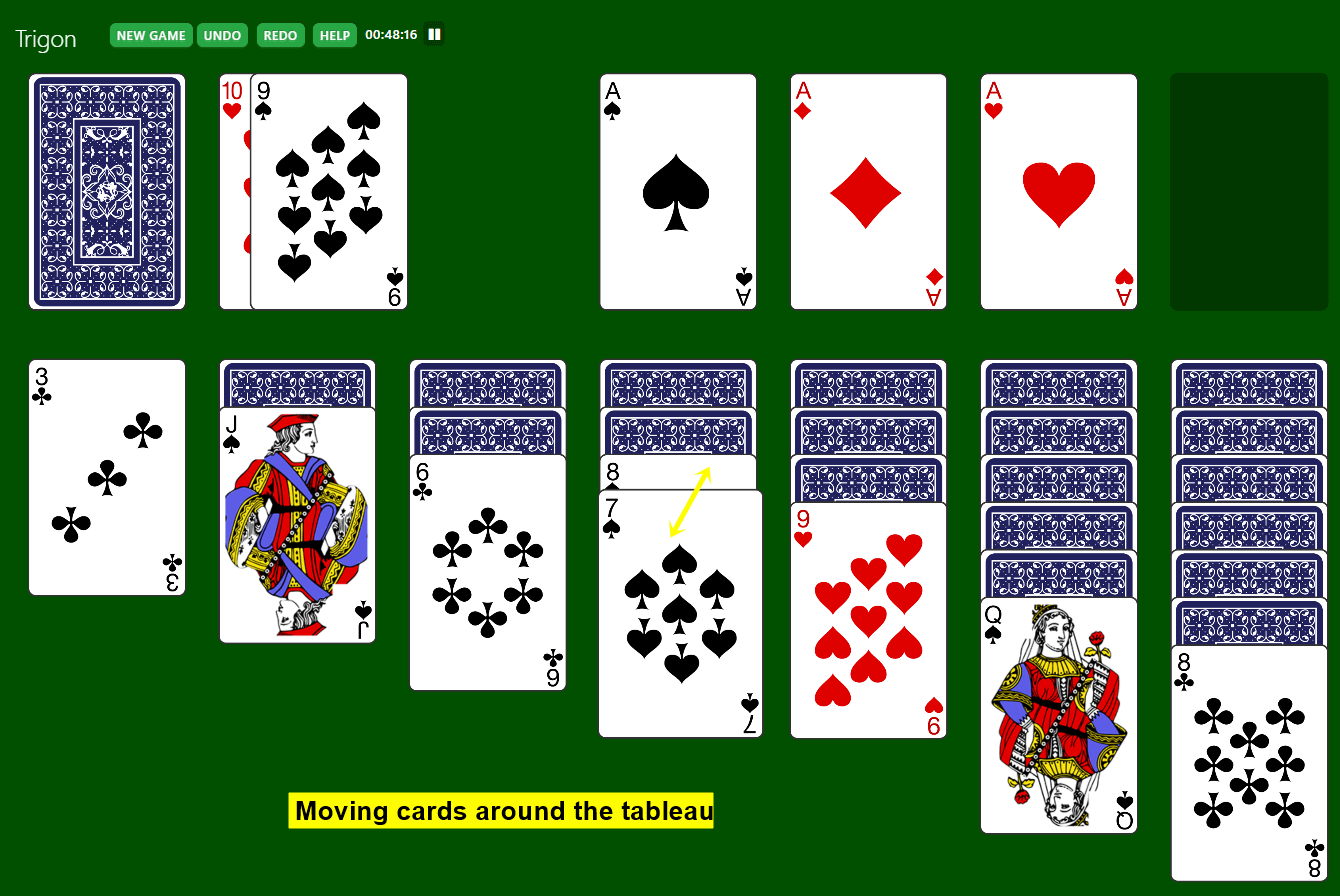 Moving Cards to the Foundations: 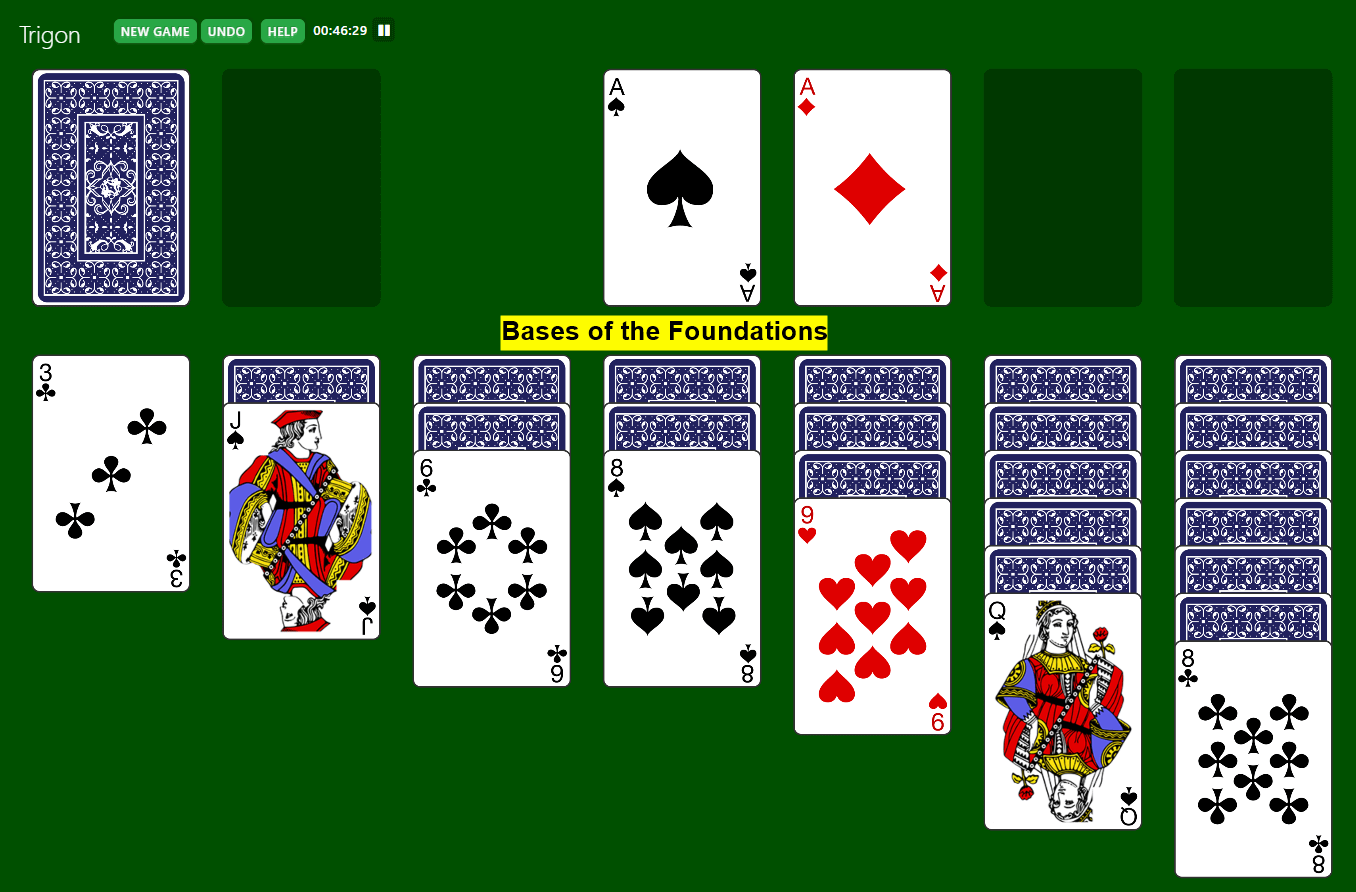 Moving Cards from the Stock:

Each time you click the Stock, one card will be dealt to the Waste. The top card of the Waste is available for play to the tableau or to the foundation. Unlimited passes through the stock are allowed. 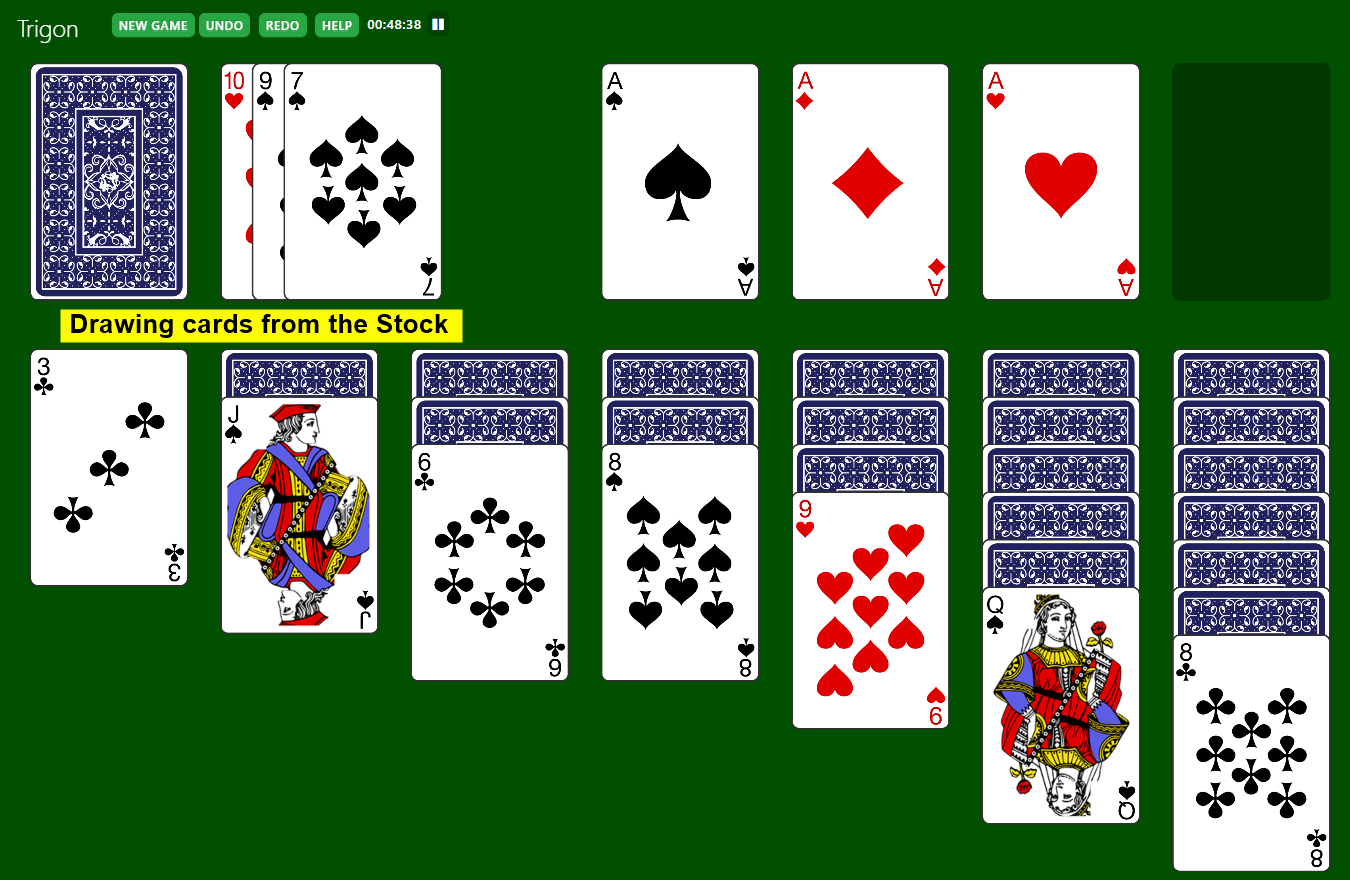 Empty Tableau Piles can only be occupied by Kings only.