The objective of Spider Solitaire game is to move all the cards from the tableau to the top eight foundation spaces by stacking the cards of the same suit in descending order from King all the way down to the Ace. For example, all the cards from King of Hearts to Ace of Hearts should be placed in descending order. Once all the cards of the suit are placed in an order, the suit will be removed from the table and after all the suits are completed, the table will become empty and the game has been won.

The main setup of Spider involves two complete decks without any card remove, a total of 104. In the start, one deck of 54 cards has been divided on the tableau in 10 piles. The remaining cards are placed in stock from where cards can be dealt from. In spiders, there are always at least two decks in play. There are basically going to be two copies of each card because two decks are always in the play.

You can choose the option whether you want four suits, two suits, or one suit only.

Any card can be placed on any other card that is one rank higher than placing a card. For example, you can put any 4 on any 5 irrespective of the card suit. There are no restrictions to move cards according to the suits but the goal of the game to stack the cards of the same suit in descending order. 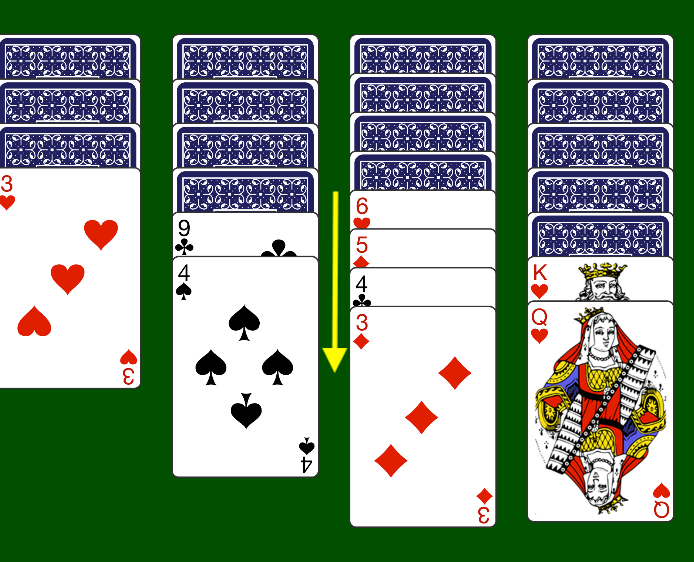 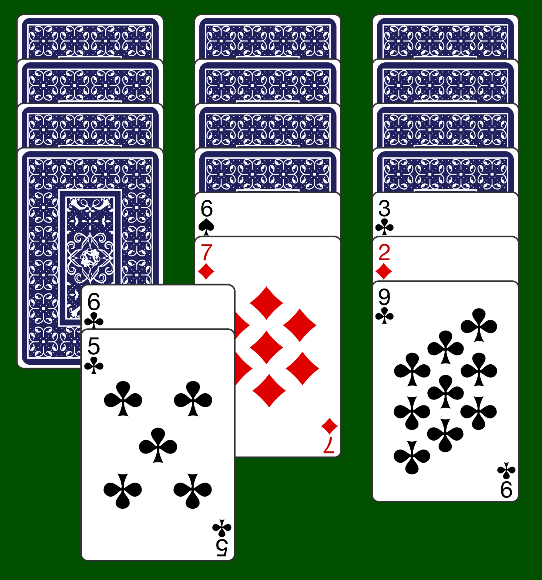 Adding more cards from the stock:

If you need more cards or there are no more moves left on tableau then you can click on the stock option, present on the upper left corner and one card will be dealt to each of the pile. You can click on the stock option as long as there is no empty pile on the tableau. If there is an empty pile then you need to fill it first with any card and then you will be able to deal the cards. 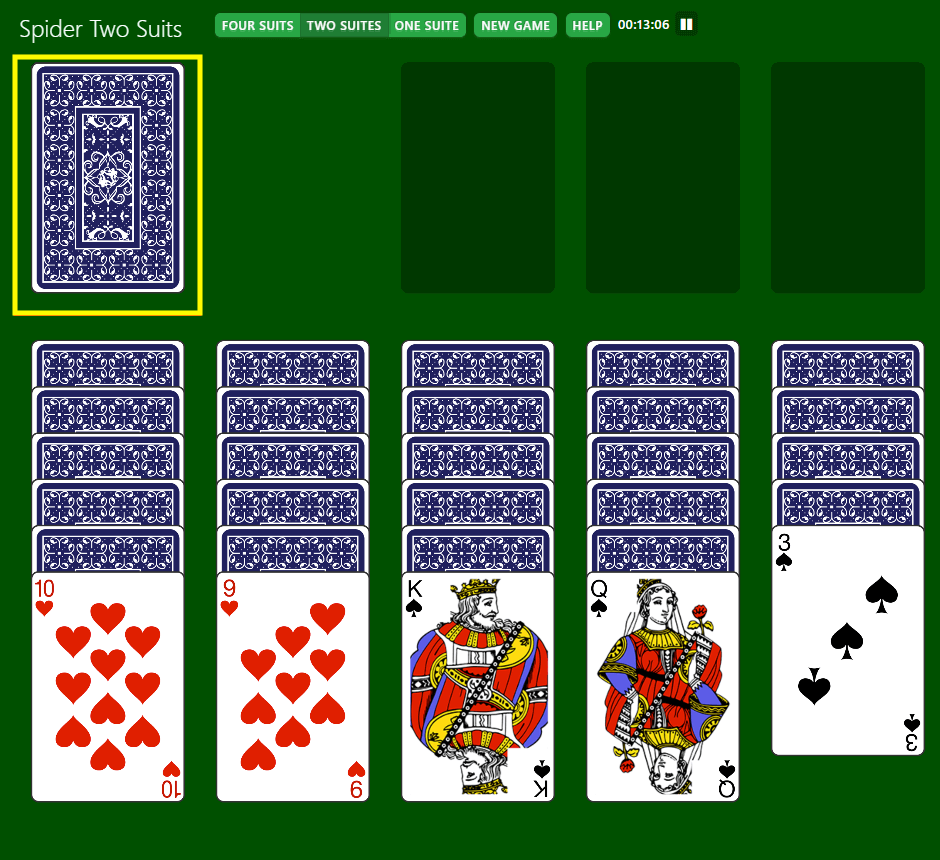