The Russian Solitaire is played using two types of piles only, which are:

The Tableau: These are the seven piles that make up the main table. 52 cards are distributed among the piles.

The Foundations: These are the four empty piles above the tableau piles. 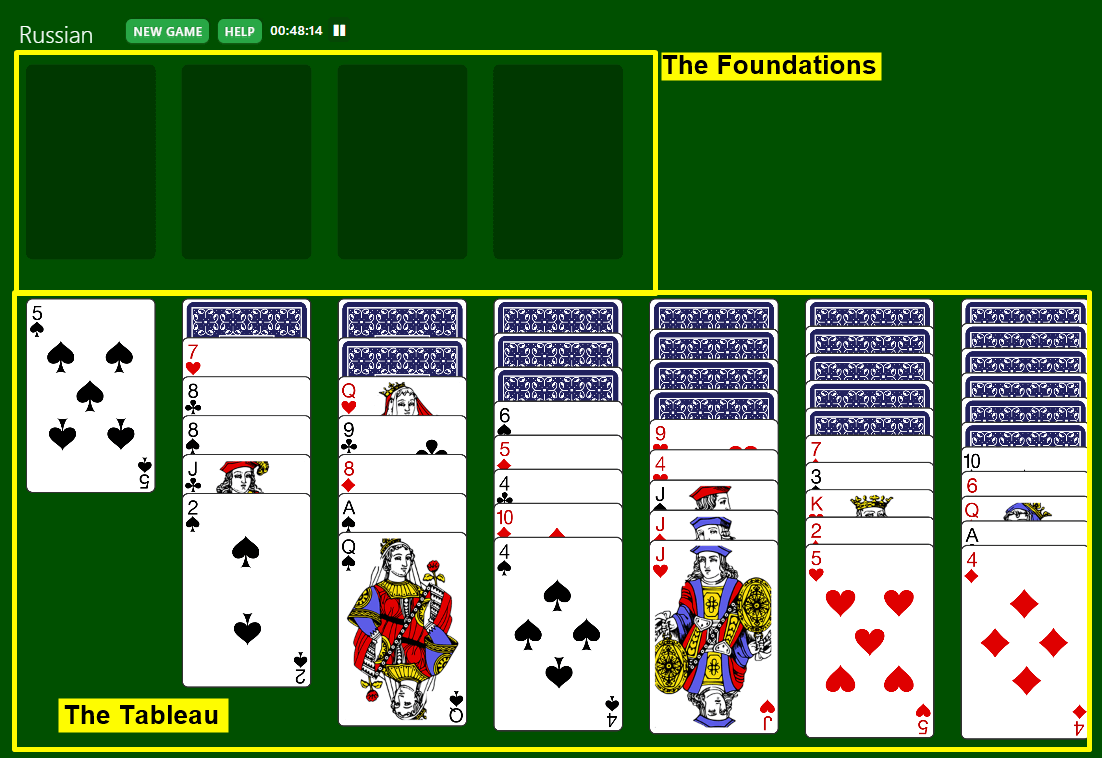 The objective of the Russian Solitaire game is to build successful foundations starting from Aces up to the Kings following the same suit.

One or multiple cards can be moved around the tableau. To move one card, the card should be one rank lower and of the same suit as the card, it is being placed on. For example, you can move a Queen of Spades onto a King of Spades. 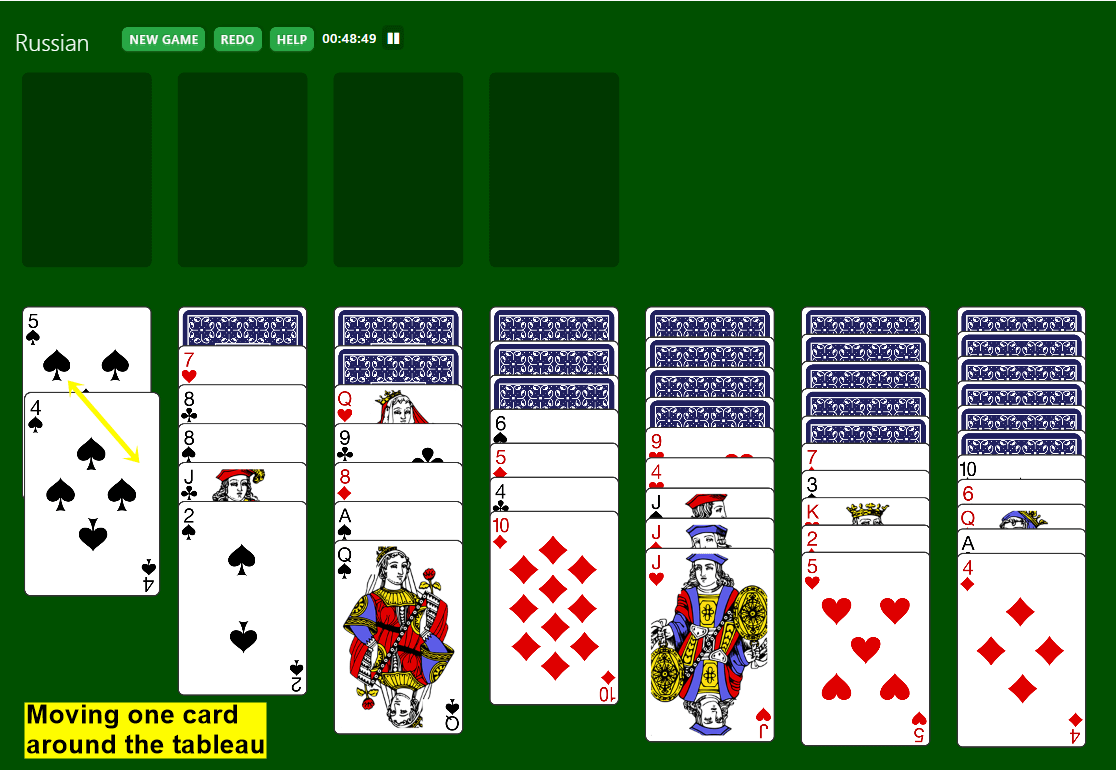 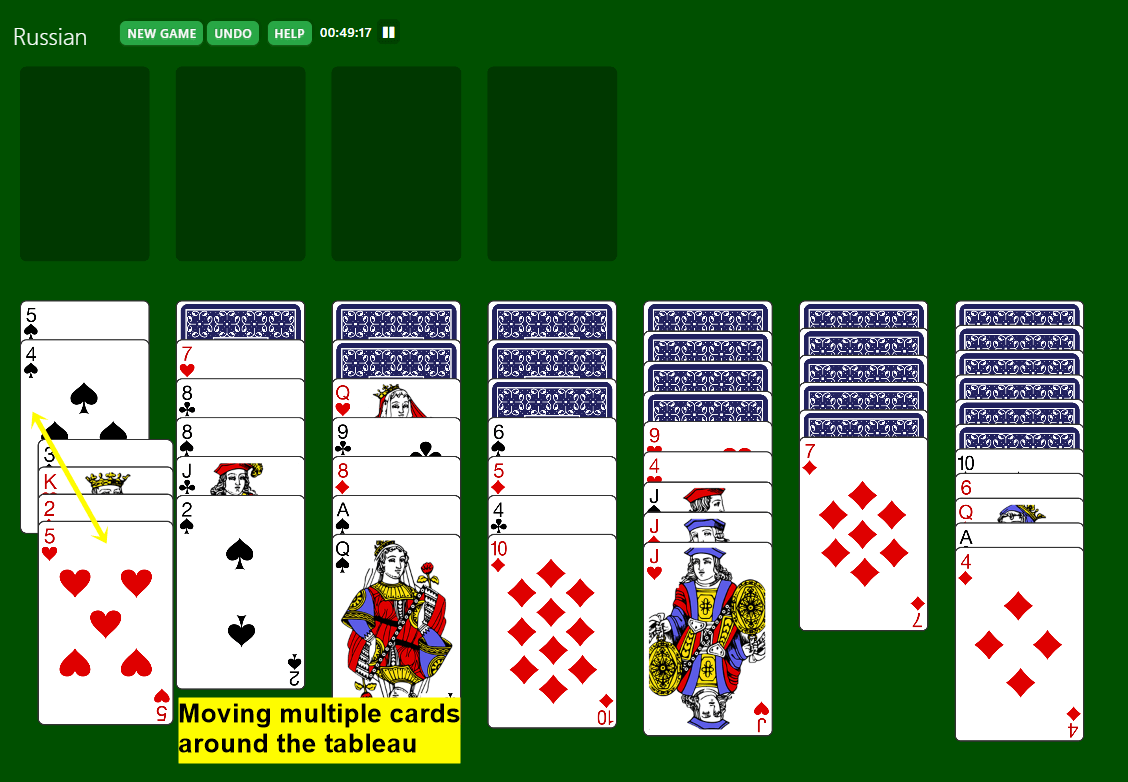 Moving Cards onto the Foundations:

The game offers unlimited undo and allows the users to undo their moves as many times as they want to. There is no limit over how many times you can undo your moves. However, each undo is considered as a new move.