Pyramid Solitaire consists of the following piles of cards:

The Pyramid: The pyramid makes up the main playing table. It consists of 28 cards which are distributed in 7 rows. Each card is partially covered by two cards except for the topmost cards.

The Stock: This is the pile of faced down cards at the bottom left of the screen. It is used to draw cards from which are dealt to the waste. 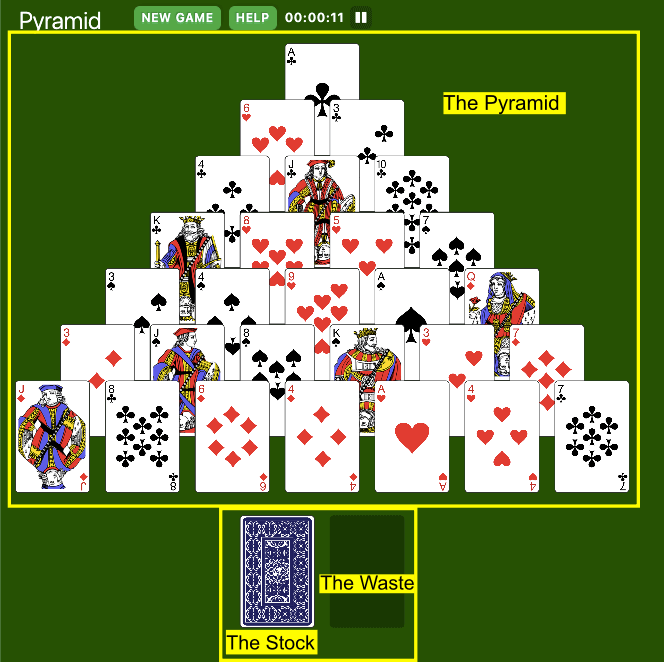 The game is played using one deck of cards, out of which 28 cards are placed face-up on the seven rows of the pyramid while the remaining 24 cards are placed face down on the stock. The waste pile starts off empty. In the beginning, only the top cards are playable but as you move further in the game and move the cards, more cards become playable from the Pyramid. 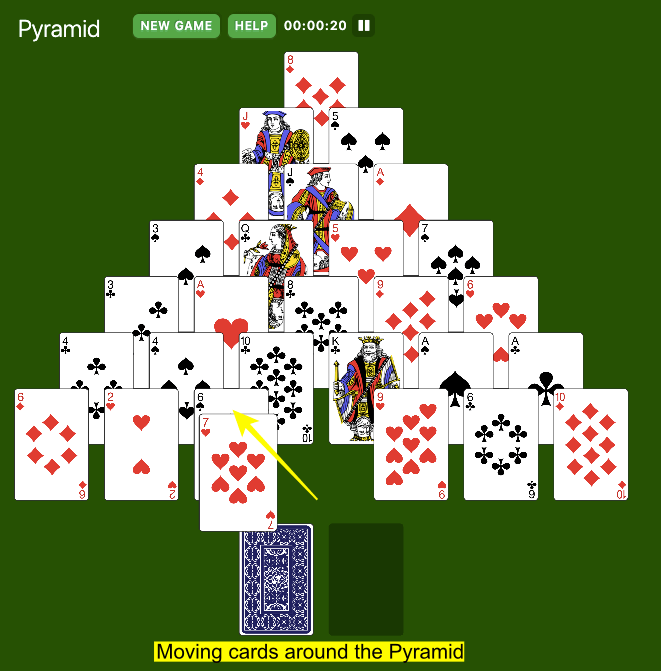 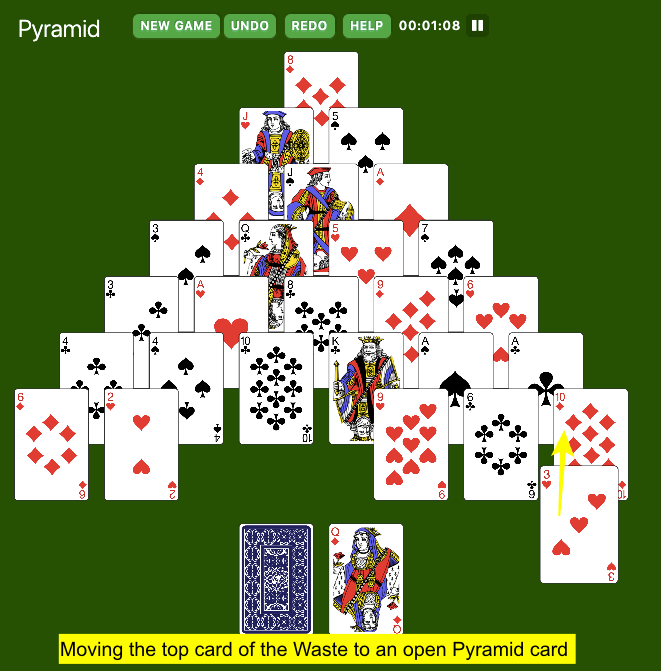 Unlimited Undos: The game offers unlimited undos. You can undo your moves as many times as you want to.