The Tableau: These are the eight main piles that make up the table. Each tableau pile consists of six cards that are placed face-up.

The Foundations: These are the four empty piles at the very top of the screen. 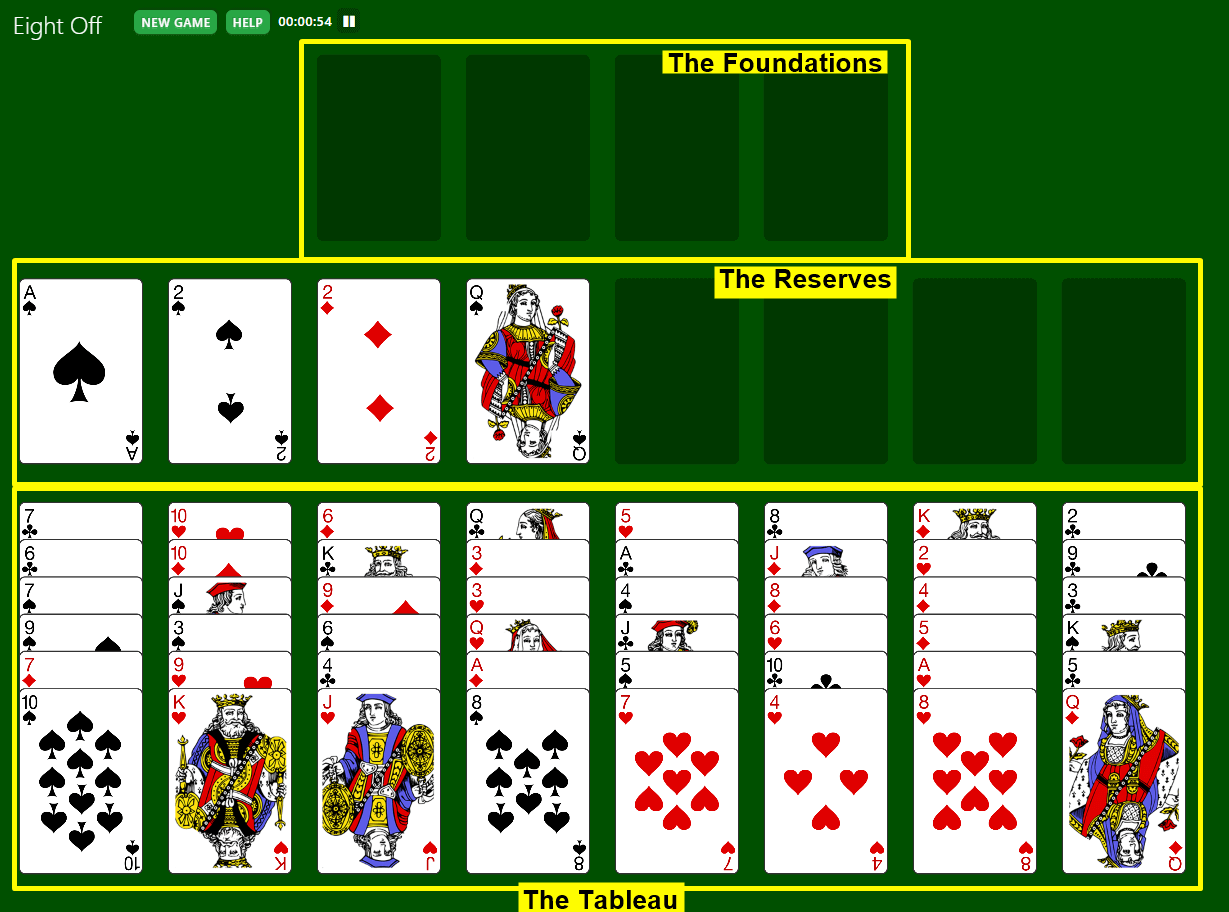 Eightoff game is played using a standard deck of 52 cards. Out of 52 cards, 48 cards are placed on the tableau piles, with each piles having 6 cards that are placed face up.

The cards can be moved around the table descendingly if they are of the same suit and there is a difference of one rank between the cards. For example, you can move a Jack of Spades onto a Queen of Spades. 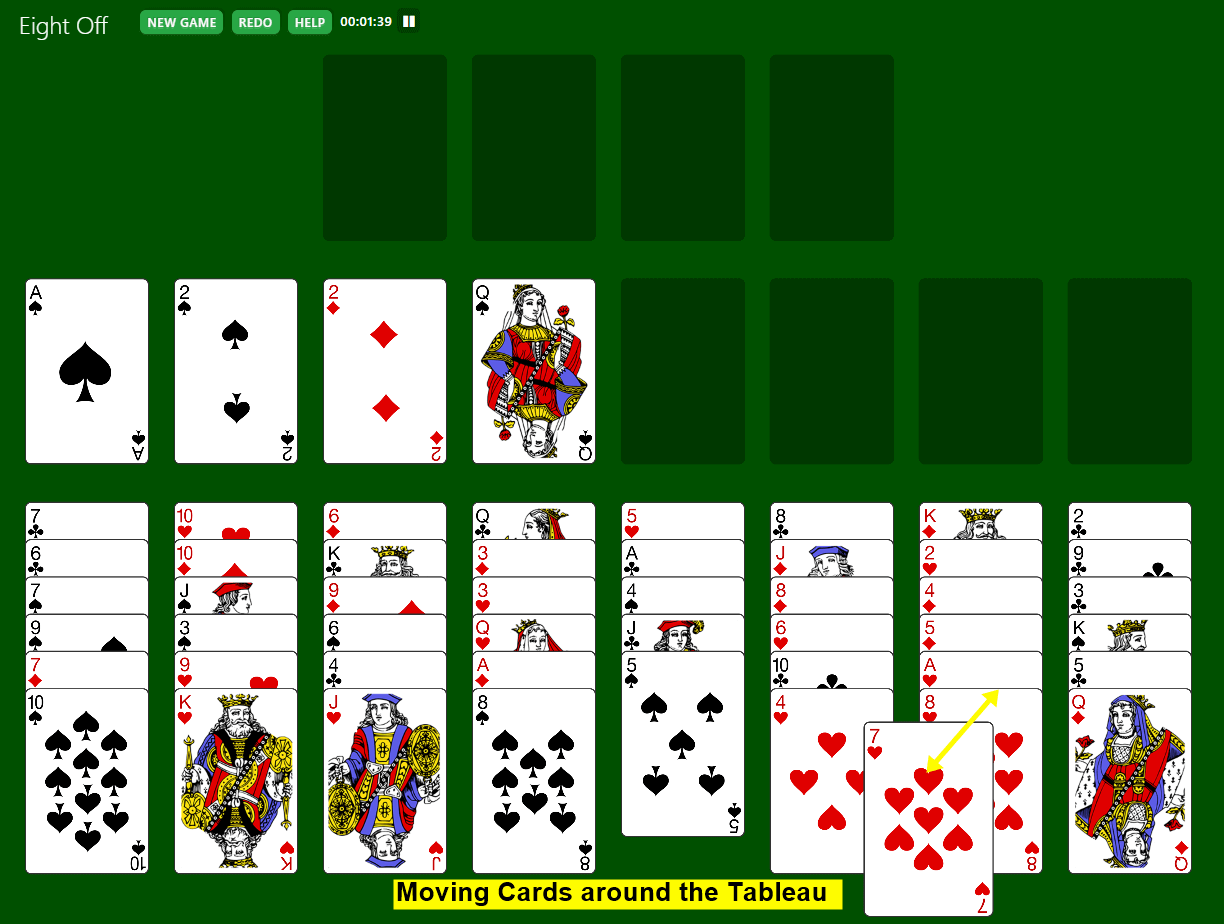 Moving Cards to the Foundations:

The base of each foundation starts with Aces after which the cards can be moved from the tableau onto the foundation, starting from Aces all the way up to the Kings.

Moving Cards from the Reserves: 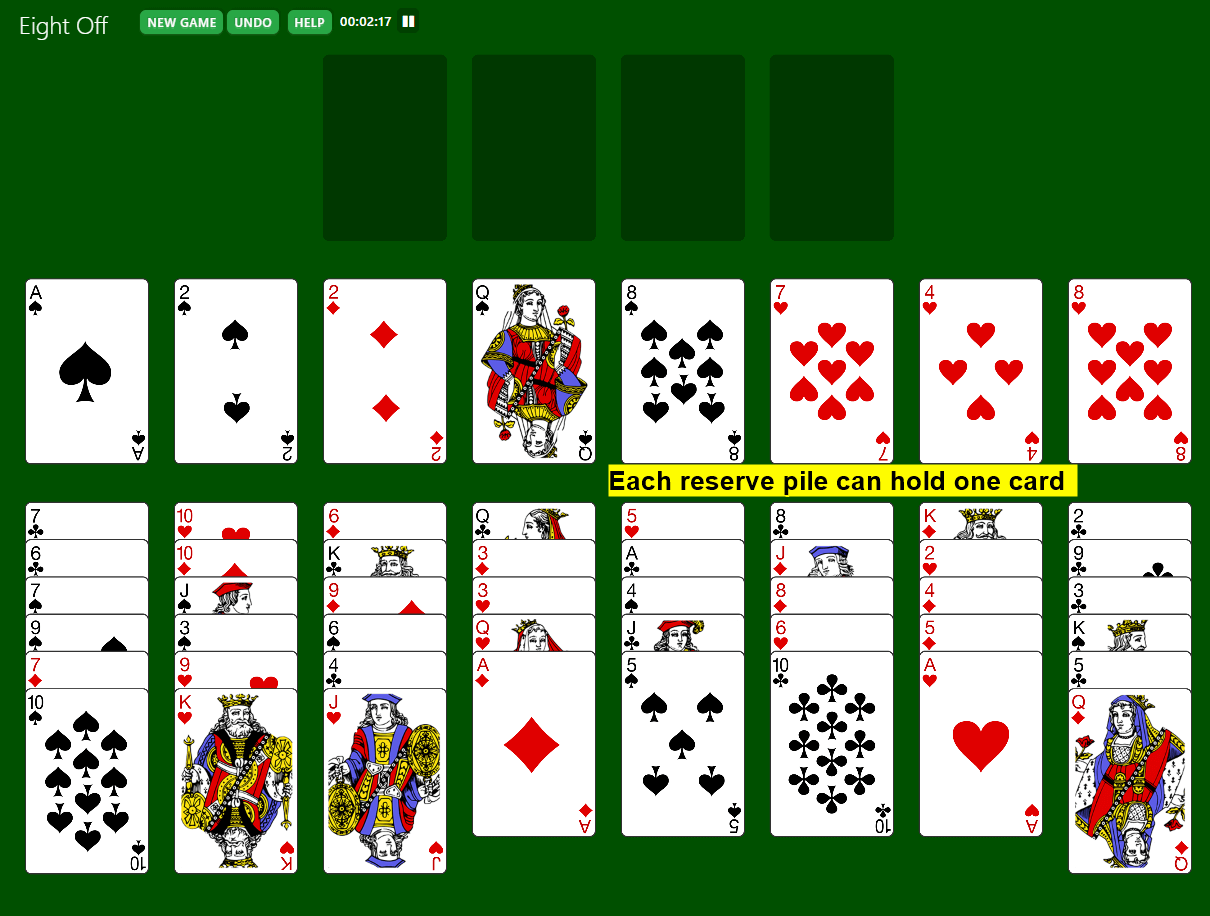